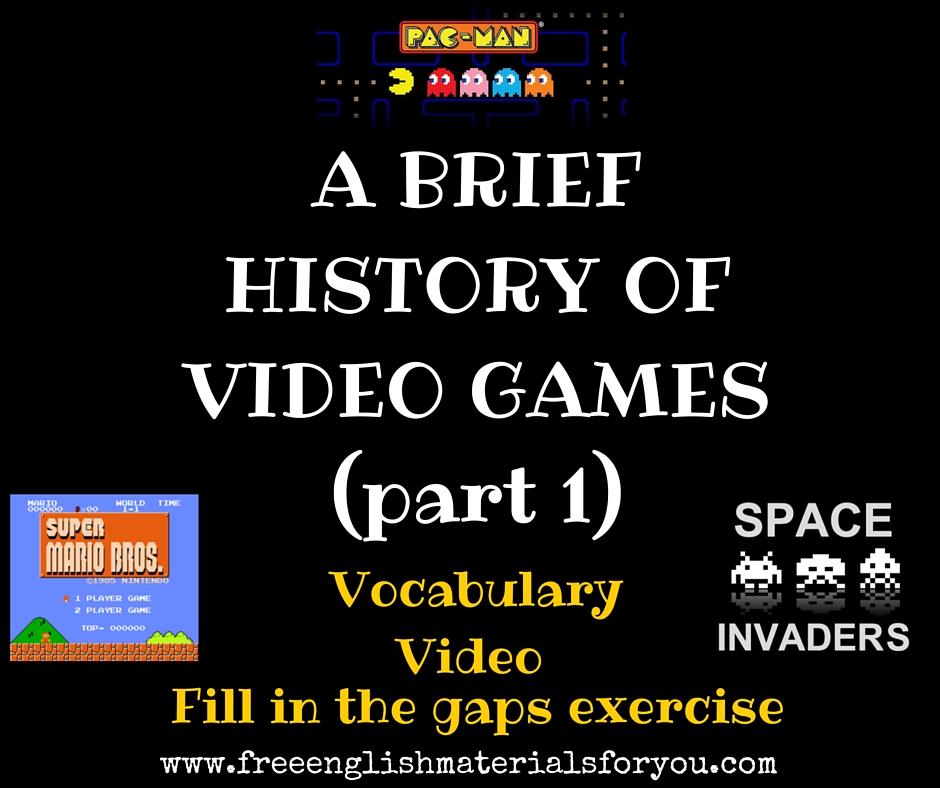 Here you can watch this video with subtitles: Ted Ed

Fill in the gaps in the following sentences with the correct form of the words from the vocabulary list written above:

Downloadable PDF file: A brief history of videogames (part 1) – Fill in the gaps exercise with answers