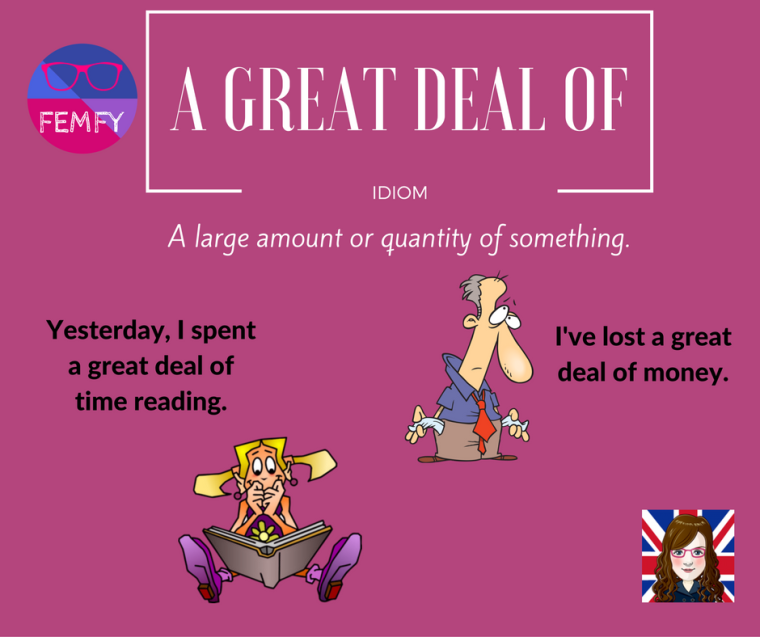 “A great deal of something” – Example sentences from the web:

How to Succeed at Science—and at Life

[…] What advice would you give would-be scientists today?

It’s been a long time since anybody’s tried to marginalize me around a gender issue, but I am sensitive to the fact that for young women it’s not always easy still. And so I take a great deal of pleasure in trying to be supportive and encouraging, particularly when I think young women—and young men too, frankly—have a hard time seeing that they can become successful scientists and have a family life as well. […]
National Geographic, published May 15, 2015

Exploring the Roots of Grayson Perry and His Varied Artwork

[…] Charles Saumarez Smith, secretary and chief executive of the Royal Academy of Arts in London, the 247-year-old artist-run institution to which Mr Perry was elected in 2011, said he viewed Mr Perry “more as a graphic artist than as a potter,” describing him as “a first-rate printmaker of extraordinary invention and imagination, with a great deal of intelligent social commentary.” […]
By Farah Nayeri, The New York Times, published June 3, 2015

[…] Generally, in good economic times, there is a great deal of demand, but this introduces a fear of possible inflation. In the U.S., the Federal Reserve will then try to prevent the economy from “overheating.” This is usually done by raising interest rates. This makes businesses less willing to invest, and as a result, people tend to make less money. During a recession, unemployment tends to rise, causing consumers to spend less. This may result in a “bad circle,” with more people losing their jobs due to lowered demands. Some businesses, however, may take this opportunity to invest in growth now that things can be bought more cheaply. […]
By Lars Perner, Ph. D., Assistant Professor of Clinical Marketing , Department of Marketing , Marshall School of Business, University of Southern California , Los Angeles